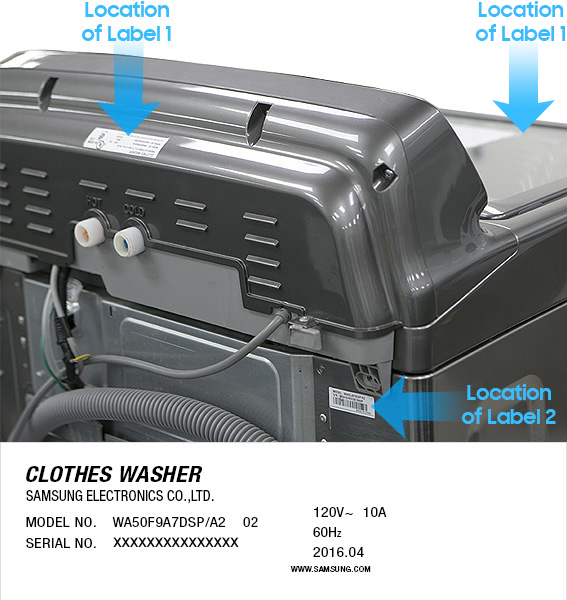 By D3S ServiceDecember 6, 2019No Comments
If you own a Samsung washing machine, then you may have already heard about a recent recall involving 2.8 million of their top-loading units. However, if you have not been informed about this recall and you own a Samsung washer, it is important that you read on to find out if your unit is affecting as these washers can cause severe impact injuries. Here is everything you need to know about this recall.
The Recall
On November 4th, 2016, Samsung announced a recall of over 2.8 million of their washing machines due to the fact that the washing machine top can detach from the washer when in use, which can pose a severe risk of injury from the impact. As of the time the recall was announced, Samsung had received over 700 reports of washing machines either experiencing excessive vibration or the top detaching from the washing machine chassis during use. Of these reports, nine involved serious injuries including a broken jaw, an injured shoulder, and other impact related injuries.
The Units
The recall affects Samsung branded top-load washers sold at various home appliance stores nationwide from March 2011 to November 2016 for between $400 and $1500. Included in the recall are 34 models of top-load washing machines that have either mid-controls or rear-controls, and the specific model number affected can be found here.
Your Next Step
Due to the severity of the recall, if you believe that your washer may be affected you should stop using the unit immediately and contact Samsung at 866-264-5636 to confirm that your washer is one of the recalled units. If it is determined that you are affected by the recall, Samsung will give you the option to either receive a free in-home repair or a rebate that can be applied towards the purchase of a new washing machine along with free installation of the new unit and removal of the old unit. While our technicians are experienced at repairing Samsung washers, in the instance of a recall it is best to contact the manufacturer directly in order to determine what your next course of action should be. However, feel free to contact us for assistance with any other appliance problems you may encounter in the future.
Sharing